For long-term Berliners this probably isn’t the newest news – already in 2004 microcensus-data showed us, that most of Berliners seem to live alone. But also locals may find it still interesting that nothing much has changed in the past ten years: Berlin (still) is the Capital of singles. And – yes – that does somehow apply to female and male Berliners. That is at least my conclusion since the report doesn’t actually distinguish between sexes.

Anyways. Here’s some of the ‘Single Facts’ 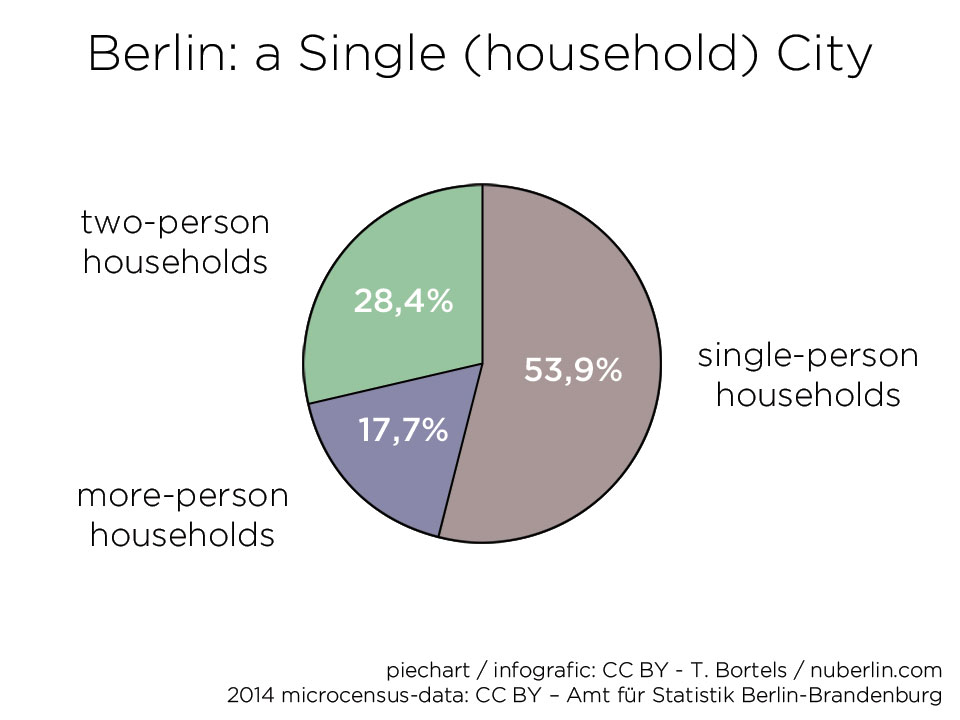 What do these statistics tell us? Do men and women prefer to live alone? Is this a sign, that Berlin apartments are still quite affordable? Is the traditional family mother-father-child a vanishing construct in large cities? How does Berlin compare to other great cities like London, Paris, New York, Tokyo? I must admit I’m a bit puzzled – living in a two-person household myself I know only very few people living alone. But maybe that’s just me? I’m looking forward to read your point of view – please feel free to leave a comment…