As you might know: today 50 years ago, on August 13th, 1961 East German soldiers and workers began to build the Berlin Wall. For the Western World this came as a complete surprise. Not only had Walter Ulbricht, head of East Germany’s government in those days, only weeks before said “Nobody would intend to build any kind of wall or whatsoever.” Additionally it was almost a miracle how such a huge project could be kept so secret – and how it could actually then also get realized without much technical difficulties.

But as a matter of fact: on the morning of August 13th 1961 Berliners woke up in a divided city. And Berlin stayed divided for over 28 years. 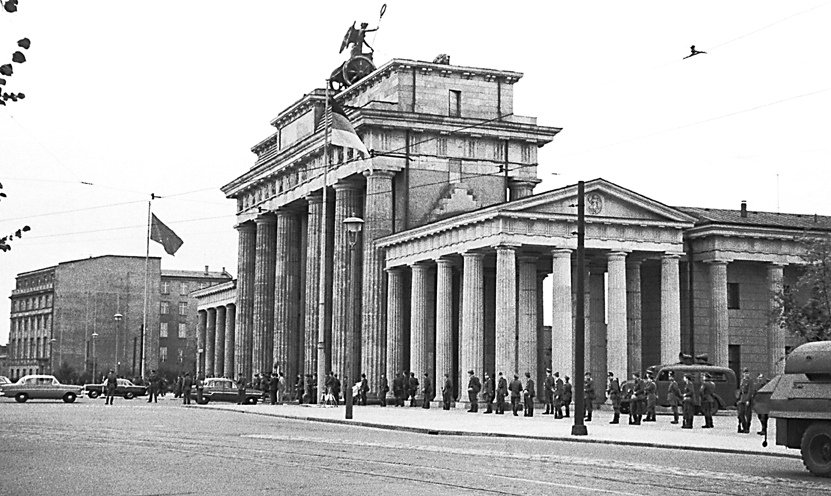 If you want to visit remains of the Berlin Wall and get to know more about the hole story, you may consider visiting the freshly expanded and re-opened Berlin Wall Memorial in Bernauer Strasse. There you’ll find not only some original Wall remains, but also an exhibition (free of admission) and a elevated platform that ofers a great view over the Berlin Wall memorial.

If the weather is fine you may also want to take a walk up the area, where the Berlin Wall used to be. Easiest would probably be to arrive at Nordbahnhof (by S-Bahn or Tram or Bus) and then walk up Bernauer Strasse towards Brunnenstrasse. On the way you’ll find many information poins, images, remains — and nowadays quite a number of other people..:)