With great freedom comes great responsibility! Please always be aware, there are always people around you, that may be in a different mood than you. You are not alone – even if you think you are. While you are having ‘a jolly good time‘, others may have to work just a couple of hours later and just want to sleep. And even if there is plenty of people around you, chances are that some people simply want to enjoy a nice, warm, quiet evening outdoors. Just because you’re on holiday doesn’t mean that everybody is supposed to have a good time. So please do behave! Thanks! That said let’s go on with the basics…

Exeptions – where not to drink in public

While drinking in public can almost be considered a national heritage, things have changed a bit over the past years, since some people actually did misbehave badly. This doesn’t mean that drinking in public would be banned – but it certainly isn’t that ‘liberal’ as it once was.

For example: it used to be totally ok to drink downtown Berlin Mitte on Alexanderplatz. Then there were some summers of love and peace and drunkenness – literally hundreds of teenagers met right at the foot of the Berlin TV Tower and drank the night away on a semi-regular basis. Now city officials changed the law – or actually they just released some extra rules for Alexanderplatz area and now drinking is not allowed on that part of Alexanderplatz any more. But if you happen to sit on one of the park benches enjoying a beer or two – that should probably still be totally ok even with the local authorities.

And it also used to be perfectly fine to drink a beer while riding the U-Bahn (subway) or S-Bahn or Tram – and even drinking on the Bus was ok. Nowadays little signs inform you that neither eating nor drinking is allowed on that part of Berlin’s public transport system. For a reason. In trams and busses and S-Bahns I actually still haven’t seen these signs yet – which doesn’t automatically mean that drinking on public transport would be allowed. But riding the subway for example you on a weekday after 5p.m. you might notice that some people will still enjoy their “Feierabendbier” in public on their home from work.

Common Sense – drinking in public vs. getting drunk in public

Whatever you decide for – please do behave! Germany is not just famous for its beer, but for it’s beer culture. Just because it’s not forbidden doesn’t make it ‘OK’. Drinking a beer as drinking water as drinking coffee always was and always will be ok. But drinking and yelling and insulting people and misbehaving as if it was your last day on this side of the solar system never will be.

So – grab a Six Pack, grab a bottle of Red Wine and some glasses, some cheese, some bread. Grab a friend, a colleague, a neighbor and reclaim the street! Go to the nearest park or meet at some street corner or wherever you would like to meet. But think of this as if it was a ‘picknick’ with colleagues – you are in ublic space!

After you finished your ‘picnic’ please don’t leave any litter behind. Take your trash with you! Or dump your party remains in one of the many trash boxes that can be found almost everywhere. But don’t dump empty beer bottles though, since those should be returned and recycled! Place those next to the trash bin instead. Or place all of the bottles right next to a trash bin if you are unsure what bottle is to be dumped and which ones are recycled. Please do behave, so the neighboring and/or following ‘picnic-group’ will enjoy their picnic just as you did.

Often people are wondering, how old you have to be, to drink alcohol in Germany / in Berlin – and how old you have to be to actually drink alcohol in public? The legal drinking age In Germany – or actually the legal age for buying ‘soft alcohol’ like Beer and Wine in Germany is 16. The legal age for buying ‘hard alcohol’ like liqueur – Vodka, Gin or Whiskey in Germany is 18. These age limits for buying alcohol however do actually also apply to drinking in public – or as it says in German law: “Verzehr und Abgabe von alkoholischen Getränken und Tabakwaren in der Öffentlichkeit”  which would mean something like “consumption of and accessibility to alcohol and tobacco in public”.  So there is two interesting details hidden in that law that I would like to point out:

Alcohol in traffic – riding a bike, driving a car

While sitting in the park probably almost always sounds like a good idea, participating in traffic under the influence of alcohol may not. You may have heard rumors, that drinking and driving is allowed in Germany? Yes, indeed, it basically is. But again – just because it’s legal within certain limits does not mean it is a good idea. And the related laws actually got a bit stricter over the past years: in West-Germany and West-Berlin the legal alcohol level used be at 0,8‰ –– since 2001 the legal alcohol level was lowered to 0,5‰ – and if you do a mistake, ignoring a traffic sign or something similar, you can actually lose your driving license already at 0,3‰ blood alcohol.

According to German laws, people are not allowed to steer vehicles under the influence of a certain amount of alcohol – for steering cars it’s the above mentioned limit of 0,5‰. This means two things: also riding a bike drunk is illegal at a certain point – riding a horse may still be un-regulated :) although i suppose in the eyes of the law, a horse is also a vehicle. As far as I know the theoretically legal alcohol level for riding a bike would be at 1,6‰ – but the police can already give you a ticket (and even drag you to court) if you have a higher blood alcohol concentration than 0,3‰ or even less if they think you riding your bike ‘conspicuously’. The same applies to driving a car. So I would highly recommend you don’t try that out.

Many people are puzzled about the Berlin opening hours for bars, restaurants and clubs. Berlin nightlife regulations are actually famous for their (almost) non-existance. That means basically a bar, a restaurant or a club can open and close at whatever time the owner or the staff prefers to.

Similar rules go for the other places, where you can buy alcohol: shops. late shops, kiosks, fast food booths, even gas stations are allowed to sell any type of alcohol. So you can basically buy any type of booze, be it beer, wine, champagne or even schnapps basically on a 24/7-basis. It ‘just’ depends on the opening hours of the particular shop.

In some areas bars actually have to stop serving customers on the terrace. This is basically a consequence of people sitting outside, being loud, annoying the neighbors. So once again: if you want to keep Berlin’s party scene as liberal as it currently is, then please do behave!

How much does alcohol cost in Berlin / in Germany?

In many bars and venue alcohol prices were actually rising over the past years, but compared to other cities it is still quite cheap to have a drink in a bar or in a restaurant. And of course beer and wine etc. is even cheaper when you by it at a Kiosk, a Late Shop or in the Supermarket. Depending on the brand, the origin, the location where you buy your drink prices may vary a lot. I’ll try to give a few examples so that you can dram your own picture from that:

Last but not least: behave!

Rule of thumb: Be a responsible grown up. There will be a ‘tomorrow’ – so please don’t behave as if there wasn’t. Do behave – be respectful – and everything will be fine. 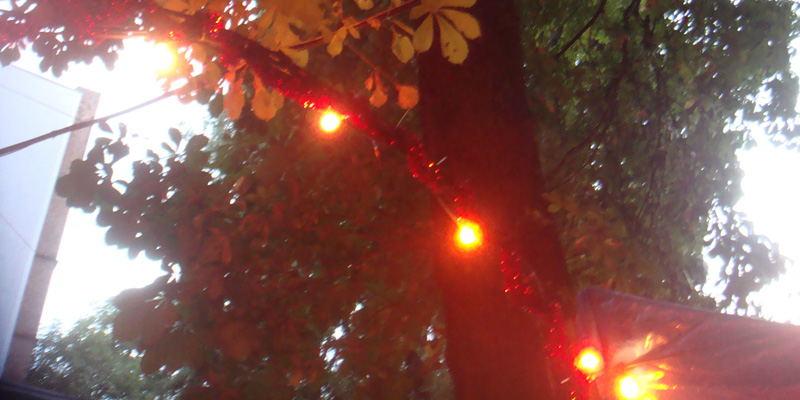 2 thoughts on “Drinking in Public”