Even though Berlin is not by the sea, there is plenty of water in and around Berlin. The river Spree and the Channel ‘Landwehrkanal’ are probably the most obvious waters, going right through the center of the city. But then there is also quite a number of Berlin Lakes to discover – lakes in and around Berlin, most of which can be easily reached by public transport, by bike or by car.

In the summer time the Berlin lakes are a popular leisure option. Or should I rather say a very popular option? The Berlin and Brandenburg Lakes come in different sizes. Some are interconnected to the river Havel, some have real sandy beaches – others have artificial beaches. Every lake has its very unique character – and probably also its very own, unique crowd.

Traditionally in the summer time Berliners love to hang out at lakes like Wannsee. There is even an old song about a summer day trip to Wannsee. Some people love to go swimming, others just want to hang out by the water. And on the larger interconnected lakes you can see small sailing boats, large pleasure boats and other water vessels of all kinds passing by. 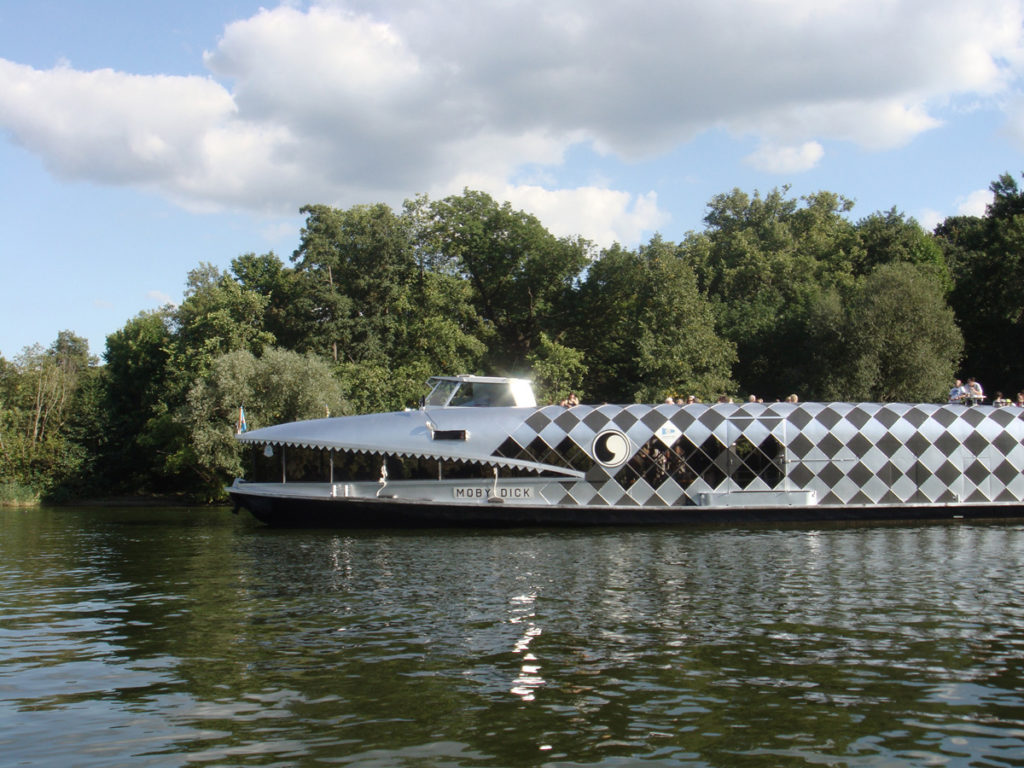 Especially during the weekends some lakes / some spots can be quite crowded. Especially the small inner city lakes you can reach by U-Bahn or S-Bahn can be just  a bit too crowded. Then again other lakes, other spots, a bit hidden and not so easily accessible shores can appear to be rather cozy.

For many Berliners the Berlin and Brandenburg Lakes play an important role in their life. This is where they spend their spare time in the summer – this is where they meet friends on the weekend. Before the Berlin Wall came down for many walled-in West-Berliners the West Berlin lakes were even more important – a rare option to be ‘outside’ Berlin without actually leaving the city.

Here’s a list of some of the popular lakes in and near Berlin:

In 2015  the city of Berlin released a search engine, that lets you check the current water quality in each of nearly 40 lakes across Berlin and Brandenburg. At first glance the search tool might appears to be a bit complicated to use – but all you actually just have to do is click the search button “Suchen” and on the following page you’ll find a list of all nearby lakes along with a handy map. Just follow the following link and try for yourself:

The first column shows the name of the lake (or location). In the second column the borough or area is displayed. The third column shows the date, when the water quality of the lake was last time tested. In the next column “CB” stands for “Coliforme Bakterien” which means “Coliform Bacteria“. The “E.coli” in the following column stands for “Escherichia coli” and the “IE” could indicate the concentration of “Endotoxin” – but I’m not so sure about that. Anyways – if the numbers for CB and E.coli and IE are low and all ‘lamps’ are green, the water quality of that particular lake should be alright. Officially. Tested and approved.