Berlin autumn weather can be difficult, to say the least. For a couple of days the sun might shine, blue skies, no cloud anywhere. And then again it’s like this: the Berlin cloud stays for days and days and the it rains and it’s windy and cold. 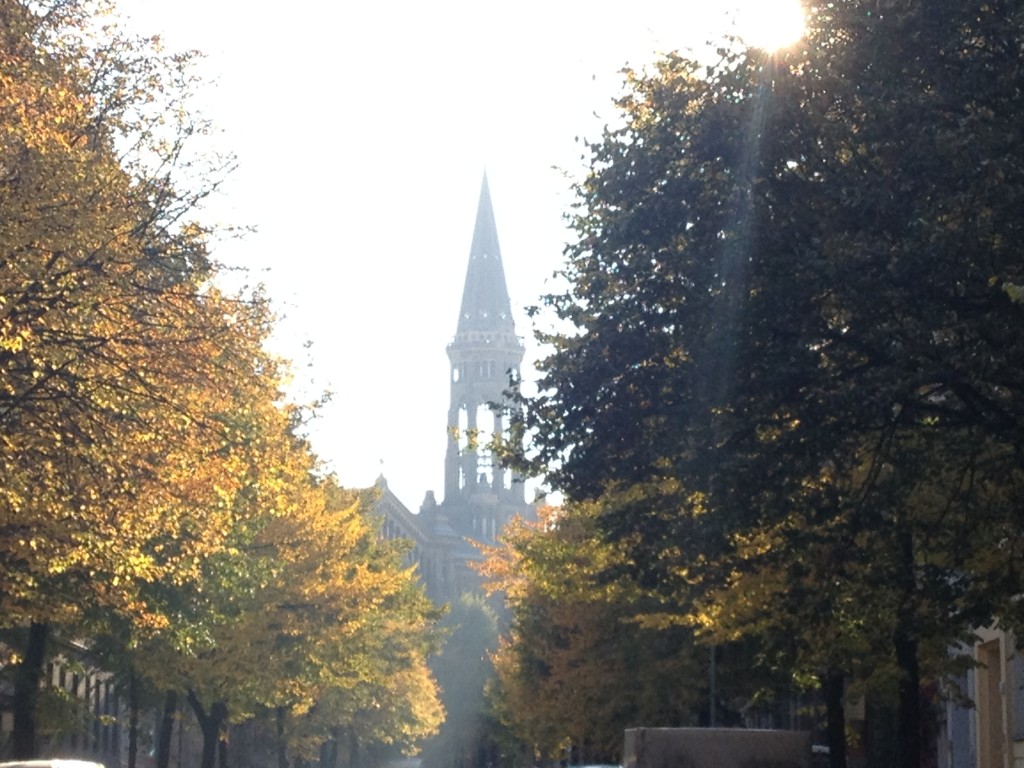 The beginning of October actually had some nice days. I already hoped we would have a ‘Golden October’ – which would probably translate to Indian Summer. But now the Cloud is back – and the weather forecast does not look pretty at all. On the news they said that there might be some holes in the clouds on the weekend – but I wouldn’t bet on it.

The temperatures are still rather moderate. Only occasionally the temperature drops below 0°C during the night – which would be 32° Fahrenheit. During the day the temperature is somewhere between 5°C and 10°C (40°F – 50°F) but adding rain and wind it does actually feel slightly colder.

But whenever the sun is actually shining, it can be very nice outside. The smell of autumn is back: the combination of coal heating and wet leafs rotting on the ground is the Berlin smell I love. For me it is somehow the beginning of The Berlin Year. Winter is around the corner, but not quite here yet.

So if you are planning to visit Berlin in the coming days, you should probably bring some waterproof clothing with you – and an umbrella could also be a good idea.