Today Berlin officials will unveil a memorial plaque in honor of Berlin’s original milkman Carl Bolle (1832-1910). The memorial plaque will be situated in Moabit, Alt Moabit 98, near the grounds where Bolle’s dairy empire was operating some 130 years ago (opened in 1879).

Around 1880 Carl Bolle was basically the first, who bought milk from farmers around Berlin and sold it in the streets of Berlin. Milk became his business – and it became a big business: over the years Bolle had a growing fleet of horse powered cars and wagons that were used to get the milk to the city and then sell it. In 1910 his company owned already 250 horse powered milk trucks – over 2000 ‘Bolle Boys’ and ‘Bolle Girls’ were busy selling milk. 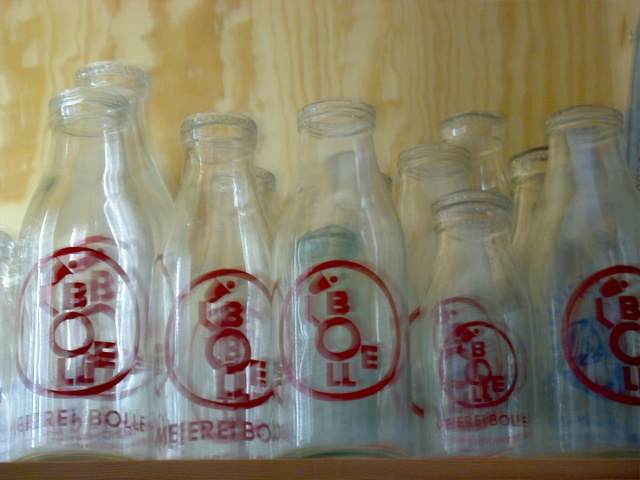 Basically ‘every’ Berliner knows Bolle. There are various stories and legends – and even a song about about the original Berlin Milkman. Carl Bolle’s sons later continued the milk business and over the years they turned it into the Berlin supermarket chain “Bolle”.

Today milk bottles featuring the original Bolle Logo can still be found at least in museums – for example at Museum der Dinge in Oranienburger Strasse, Kreuzberg. And if you happen to see one of those bottles at a flea market, then I would recommend to buy it.