Last weekend was a bad weekend for Berlin’s bubbling nightlife and clubbing area known as the RAW area near Warschauer Brücke / Revaler Strasse in Berlin Friedrichshain. Two violent attacks made it to the headlines of Berlin’s news. 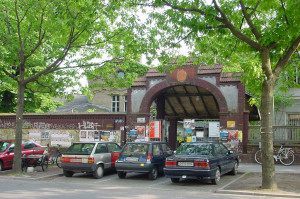 Both attacks followed a similar pattern: first a wallet was ‘almost’ stolen. On the victims fighting back the attackers called for reinforcements and things got out of hand.

The two dutch guests were beaten up badly by a group of around fifteen people. One of Dutchmen’s wallet got stolen and the group of attackers vanished. After the fight the two suffered “significant facial and head injuries” (Telegraaf) and had to be treated in hospital.

Also the other attack ended in hospital: after the victim fought back he was attacked with a knife by a partner of the original attacker. He had to be hospitalized with an almost fatal cut on his throat.

As far as I know in a first statement to the press Berlin police didn’t see any connection between the two cases. At least Berlin police didn’t see any signs of organized crime here. Maybe it’s then un-organized crime?! Anyways. In a facebook posting Berlin’s police now has released a list of tips for Berlin party crawlers. I’ll try to translate some of the details of that statement: