Why is the area called Scheunenviertel?

If you want to understand the origin of the area, you should first have a closer look at the name  – and what that name actually means: In German “Scheune” means “Barn” and “Viertel” means “Quarter” – so “Scheunenviertel” would mean “Barn Quarter” in English.

In medieval Berlin, the area called used to be located outside the old Berlin City Wall. Near today’s Alexanderplatz a huge cattle market. Keeping cattle inside the city walls people needed a decent supply of food for the animals – the market had a great demand for hay.

Storing the easily inflammable material inside the city walls however was a great risk to the City of Berlin. So the city ordered to build barns for storing the hay outside the City Wall – the original Barn Quarter was built.

Where was the original Scheunenviertel located? 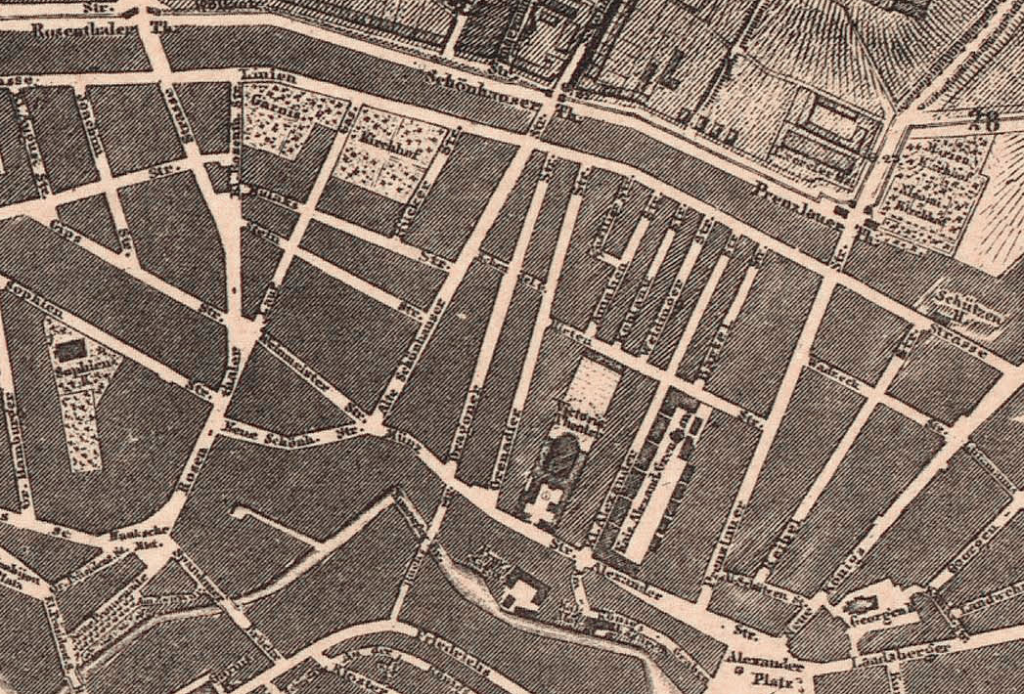 Today often the whole area between Friedrichstraße and  Karl-Liebknecht-Straße is referred to as Scheunenviertel – bordered by the river Spree and the rails parallel to Dircksenstrasse in the South and the Torstrasse in the North.

History and development of the Scheunenviertel

Over the years the Scheunenviertel has seen good times and bad times – and very bad times. First people that worked at the cattle market moved close to the barns. Some first houses were build – nothing fancy, just small small buildings to give shelter for the market workers.

But Berlin kept growing over the years and more people moved in to that area. When the old City Wall was finally torn down, the barns were then replaced by more houses – but the name of the remained.

In 1737 Friedrich Wilhelm I. gave order that all Berlin Jews, not owning a house, had to move to Scheunenviertel. Aditionally Jews were only allowed to access Berlin through either of the two northers Gates. Over the years the area became a Jewish Quarter with its own Synagogues and Cemetaries and Schools etc.

Today the area is a nice area for shopping. It is mostly well known for the small shops, boutiques and cafes that you’ll find in the side streets and alleys. But also more and more ‘flagship stores’ are moving in, taking their slice of the neighborhood’s fashion reputation.