The Gerichtstrasse in Wedding (Gesundbrunnen) is one of those ‘hidden’ streets that is well known on the one hand, but then again nobody really knows why. It stretches between Grenzstrasse, at the corner to the cemetery ‘Dorotheenstadt Friedhof II’, and Müllerstrasse, where another cemetery ‘Urnenfriedhof Gerichtstrasse’ is located. 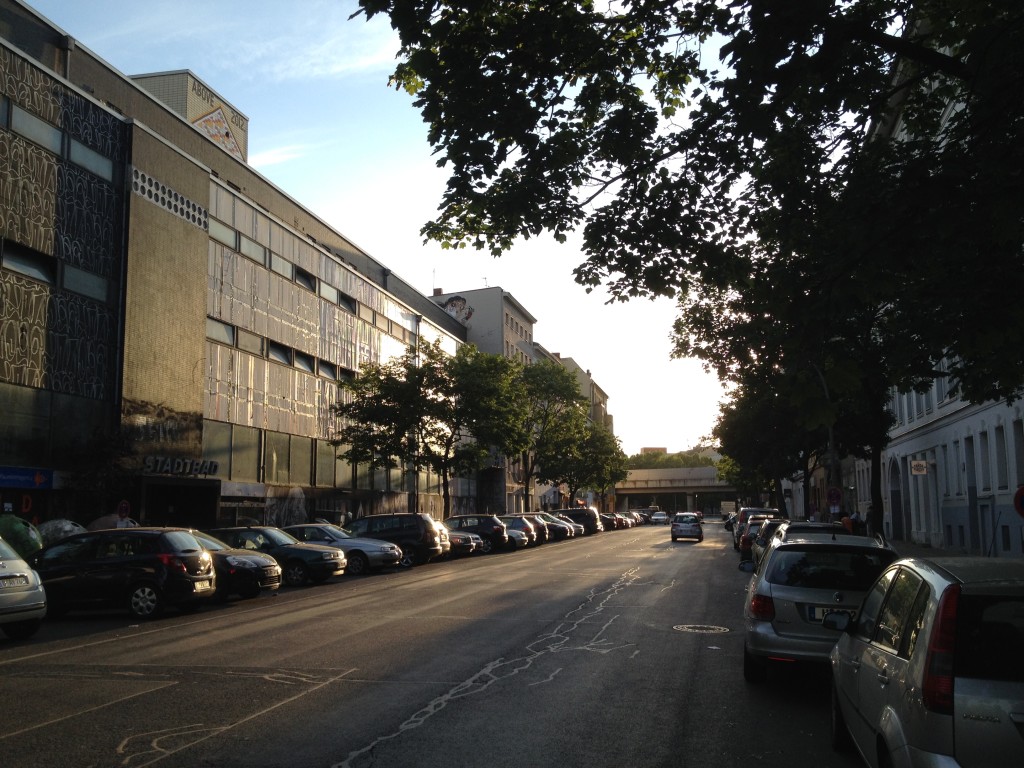 One reason why one could have heard about the Gerichtstrasse is the Stadtbad Wedding. The Stadtbad is a rather large building complex, originally built in 1907, expanded in the 60ies, located on Gerichtstrasse near the crossing to Pankstrasse.  Until 1999 is was operated as a  public bath. In 2009 the Stadtbad, also referred to as “Stattbad” has been re-opened and since then been used as a work space for artists and various cultural institutions – but also a popular club ‘Stadtbad’ was operating here until it had to close in May 2015. For further information see also www.stattbad.net/en.

The Gerichtstraße is also crossed by the small river Panke, a rails and S-bahn ‘high line’ and the Nettelbeckplatz.

In 1827 the street was originally named after the court (German: “Gericht”) or actually the place of execution (German: “Hochgericht”) that was once located on today’s Gartenplatz near today’s Gartenstrasse. Back then, the Gartenplatz (“Garden Square”) was called Galgenplatz – which would mean Gallows Square in English. The last execution took place in 1837 – the name remained.