But the actual numbers are of course still depressing. First of all: 14 people dead in the first six months of this year is 12 less than last year, but that is of course still 14 people too many. Also the number of not fatal casualties has gone down, compared with 2016 – but only by 0.8%. And the number people that got injured went actually up by 0.6% – a total of 8.083 people that got injured by one way or another – compared to 8.05 last year.

In total Berlin police have noticed 69.962 accidents during the first half of 2017, whereas where there were *only* 68.571 accidents last year. So the number of accidents has actually gone up. 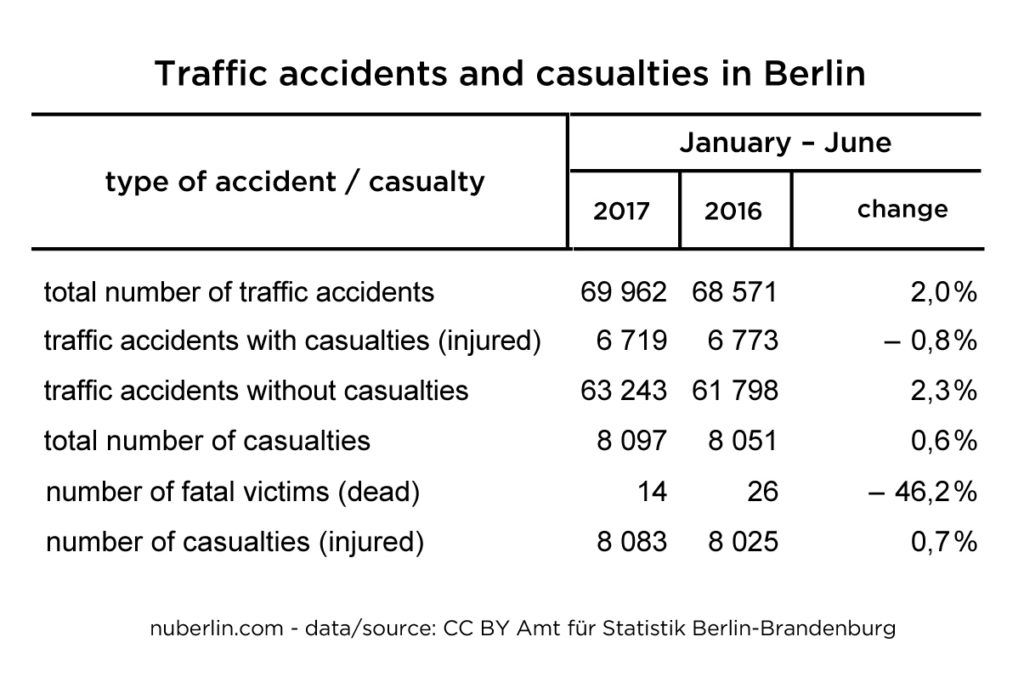 So – please – whatever you do, wherever you go – please be careful! Drive carefully, walk carefully, ride your bike carefully. Do double check – even when the traffic lights are green. It may not look like it, but the streets of Berlin are a dangerous place. Let’s get those numbers down! Thank you!