Named after Moritz von Oranien the Berlin Moritzplatz is quite a hidden spot. However today the area appears to be quite liveley by day and night, it used to be really ‘in the middle of nowhere’ back in the days before the Berlin Wall came down. 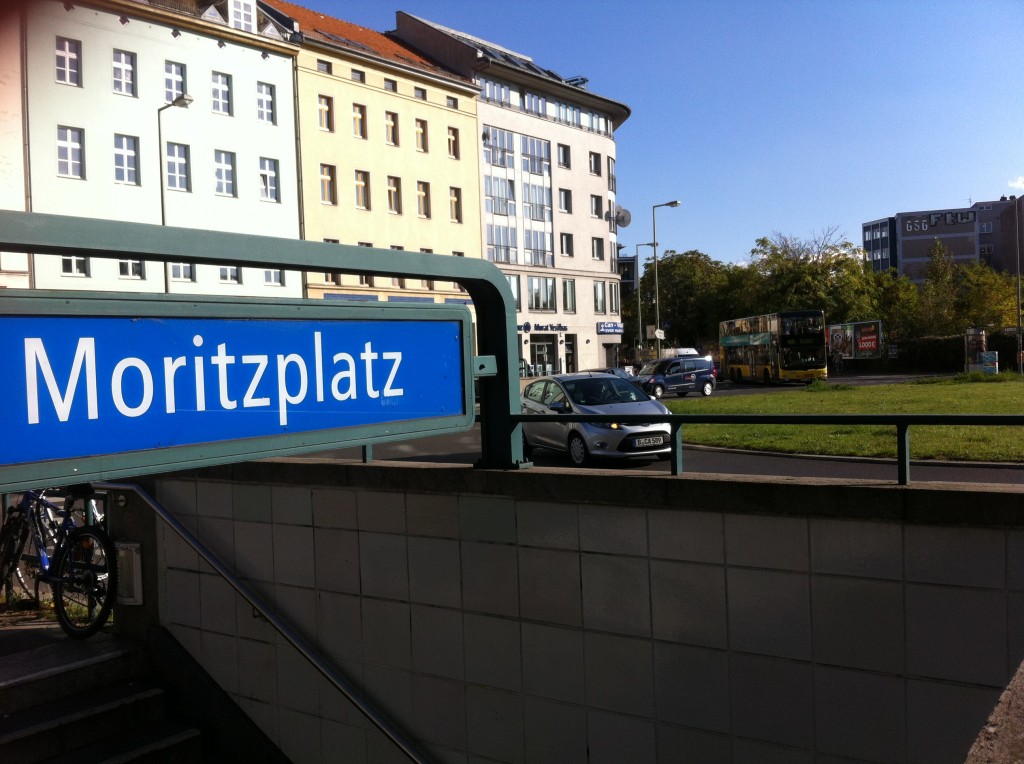 One of the entrances to the subway station Moritzplatz (U8). In the background an M29 metro bus enters the Moritzplatz roundabout

The subway line U8 has a stop here, connecting Moritzplatz to Mitte and Wedding in the north and Kreuzberg and Neukölln in the south.

The other quite well frequented public transport line is the bus M29.

A short walk to the south / south-east brings you to Kreuzbergs pulsing Oranienstrasse. Acually the Oranienstrasse is going right through Moritzplatz, crossing Prinzenstraße.